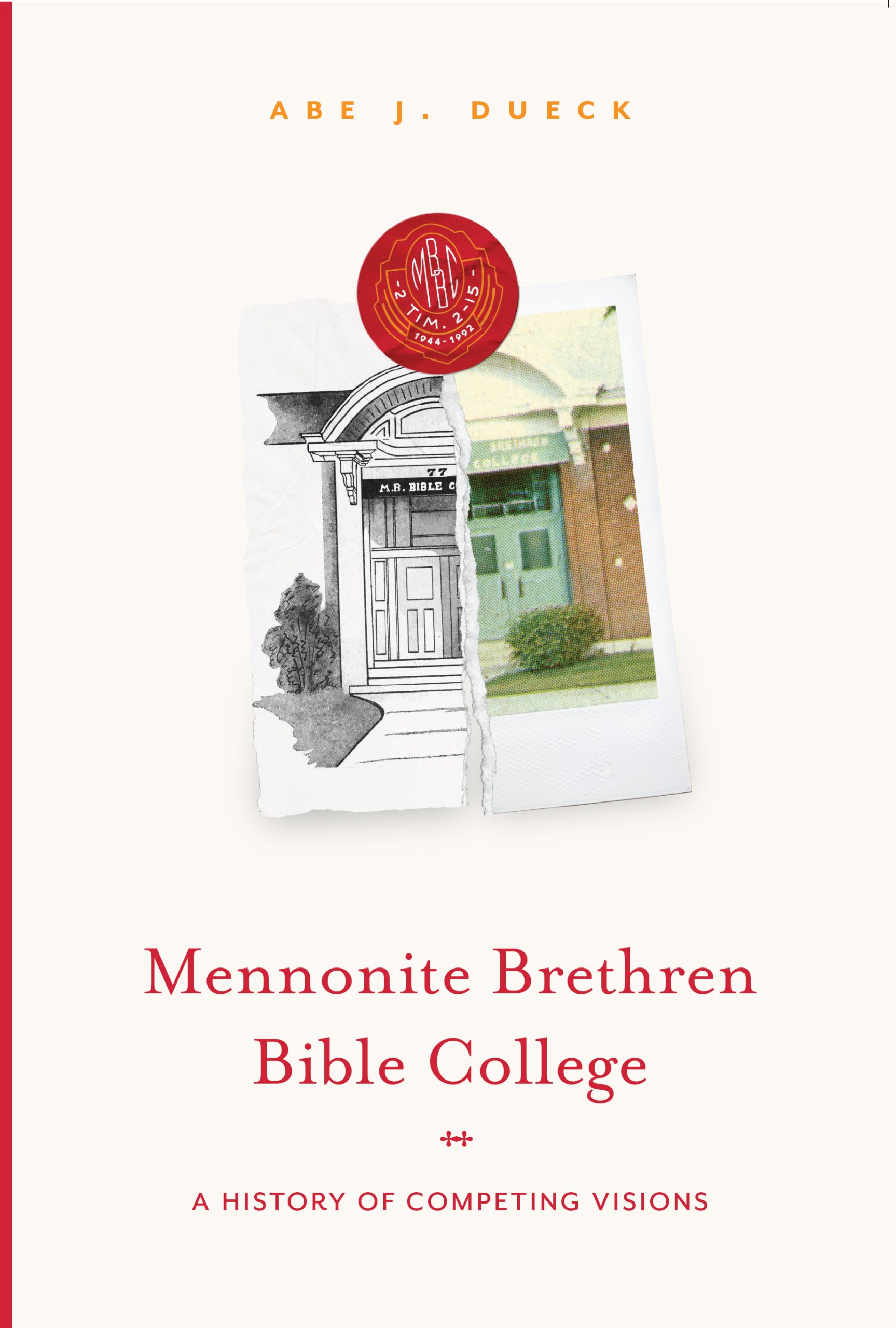 The Mennonite Brethren Historical Commission’s most recent publication is Abe J. Dueck’s book, Mennonite Brethren Bible College: A History of Competing Visions. The book—released by Kindred Productions in April 2021—documents and assesses the Canadian Mennonite Brethren church’s education agenda from 1944 to 1992, a story of competing visions. To purchase your copy, see https://www.kindredproductions.com.

Dueck was awarded one of the Historical Commission’s MB Studies Project Grants in 2016 for his research project on the history of the Mennonite Brethren Bible College.  The focus of his research was the guiding vision of MBBC as it was conceived in the early 1940s and as it evolved and became an issue of intense disagreement and conflict through the years.

MBBC was the main program supported by the Canadian Mennonite Brethren conference during the college’s existence (1944–1992), and, as such, its story is also in large measure the story of the conference as a whole. The theology, worship, and polity of the conference are reflected in the discussions and the often heated debates that transpired from year to year concerning the nature of the college. Now, five years later, Dueck’s research has been published.

The main sources of information used by Dueck are the detailed reports and minutes of the college boards or committees (later Board of Higher Education), the proceedings of the Canadian Conference of Mennonite Brethren Churches, and the administrative and faculty minutes and related documents. In addition to these, he consulted other documentary sources, such as reports in denominational newspapers and magazines, letters, college catalogues, yearbooks of convention proceedings, biographies, and autobiographies. 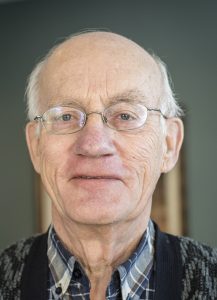 Dr. Abe J. Dueck is academic dean emeritus of Canadian Mennonite University in Winnipeg, Manitoba. He was born in Coaldale, Alberta, and studied at various institutions, including MBBC, the University of British Columbia, and Goshen Seminary. In 1971, he received his PhD in religion from Duke University in Durham, North Carolina.

MBBC was not the end of the story of Mennonite Brethren higher education in Canada. The institutions that followed (Concord College and Canadian Mennonite University) developed in ways that took into account and built on many of the experiences, characteristics, and strengths of the founding colleges, including MBBC.

Dueck taught at MBBC for 23 years and served as academic dean for 15 years.

Abe Dueck, one time faculty and academic dean, deserves wide recognition for his courage and candor. His study of the Mennonite Brethren Bible College will be of interest to anyone familiar with the once flag-ship denominational center. As the title implies, throughout its history, the school struggled to find an identity acceptable to its supporting constituency, itself subject to a constantly shifting cultural milieu. Baffling for administrators and faculty alike was finding a healthy balance between theology and liberal arts or conceptualizing an acceptable divide between undergraduate and graduate offerings. Often surfacing in this study is the tension confronting the college in fine-tuning a music culture that would attract constituency approval. Dueck’s meticulous study offers not only a compelling narrative of MBBC but also a skillful analysis of the issues that throughout most of its existence threatened the health of the college and ultimately caused its demise (David Giesbrecht, former librarian at Columbia Bible College, Abbottsford, BC).

In this thorough study of MBBC’s 48-year history, Abe Dueck reveals the enthusiasm Mennonite Brethren had for education, alongside their almost constant disagreement about what kind of education it should be. This is a story populated by dynamic and influential personalities, robust debate, debilitating tension, but also reminders of God’s gracious blessing on the school and of its enormous contribution to the life of the Canadian MB Church (Dora Dueck, author and former MB Herald editorial staff, Delta, BC).