25 cm of textual material and 25 photographs 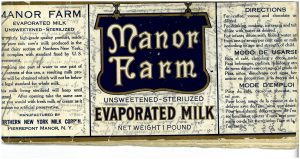 Anna Baerg was born January 28, 1897, in Bijuk, Buscow, in the Crimea, South Russia, the oldest child of Gerhard and Anna Matthies Baerg. She lived through the turbulent years of World War I, the Communist Revolution, and the ensuing civil war, in the Molotschna Mennonite colony in Ukraine. Because Anna Baerg had been crippled by a childhood illness, she could not participate in many activities with other young people, so she had an abundance of time to develop her writing talents.

The unsettling circumstances of the time and her own fragile health prevented her from obtaining the formal education she so much wished for. In 1924, she emigrated to Canada with the rest of her family, living first with her widowed mother and then with other members of her family in Manitoba, Saskatchewan, Alberta, and British Columbia. She died on February 16, 1972, in Clearbrook, British Columbia, after a lengthy illness.

Diary fragments were discovered in the home of Baerg’s sister, Cornelia Jantzen, of Waldheim, Saskatchewan, in 1972. They, together with other original papers, were donated to the Centre for Mennonite Brethren Studies in 1981 by Rev. John Baerg, brother to Anna Baerg. Another small donation came in 2003 via Mrs. B. Klassen who received a letter from Anna Regehr of Clearbrook, BC. With this letter was some poetry by Anna Baerg. In 2005, Gerald Wright sent photocopies of some of the poetry to Jack Klassen of Altona, MB, who transcribed them and sent these transcriptions to CMBS.

The Anna Baerg fonds consists of the original draft copy of her diary created between 1917 and 1924 in Russia during a time period ravaged by anarchy, civil war, and political suppression. Because of the scarcity of paper, some of the original diary is written on labels from evaporated milk cans and relief packages from Mennonite Central Committee. Textual material also consists of Anna Baerg’s poetry created between 1913 and 1959. Baerg writes in German using Gothic script. A typed copy of the diary transliterated by Clara K. Dyck is included. This fonds also contains twenty-five photographs, created from 1925 to 1965.

The Anna Baerg fonds is especially valuable because it gives us a rare glimpse into the inner feelings of a Mennonite woman who lived during the beginning of the twentieth century. In 1985, a part of her diary, entitled Diary of Anna Baerg 1916–1924, was translated and edited by Gerald Peters and published by CMBC Publications, Winnipeg.