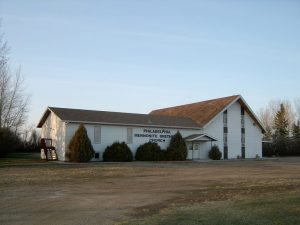 The church was received into the Canadian MB Conference in 1936 under the leadership of Peter Janzen. In 1937, the church had a membership of 135. A church building was completed in 1949, and in 1975 a new church was built.

Many of the records were microfilmed in 1978 through the work of the Historical Commission of the Mennonite Brethren Conference.